The key is in connecting the Laser Rangefinder to the phone with a rigid structure and the Bluetooth interconnection that makes it one system.
Now the phones screen is a viewfinder and all its processing power is ready to work on the distance data fed life by the Laser Rangefinder. The possibilities are endless.

Some people believe that high-tech devices always require so many calculations in order to operate. In part, it’s absolutely true, but nobody takes into account that all of them are based on the laws of physics. So it is also applied to a laser rangefinder that makes lots of users confused by the way it’s operating. Thus, in order to eliminate a gap in your knowledge, it’s not necessary to dig deeper in order to learn how it works. Axonim company will tell you more about it.

What is the digital laser rangefinder?

A digital laser rangefinder is a device that allows you to find out the distance between you and the object without measuring this space manually with a tape. This device emits the laser beam that reflects from the object you have chosen. Meanwhile, the built-in high-speed clock tracks the time spent on producing the beam, bouncing off the object and catching the reflected beam by the sensor in laserworks rangefinder. That’s the only step where the calculations are required. In particular, there is a well-known formula that computes the distances knowing the variable of time and constant light speed. Once the distance is calculated, it appears on the display. 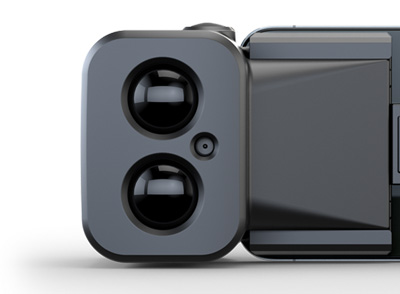 The calculating approaches of laser rangefinders

The measurement result you see on the display of your device mainly depends on the installed software. Moreover, the type of software influences the professional level and accuracy of the device. In particular, there are a few types of approaches of how the distances are measured:

As you can see, there are lots of nuances in measuring the distances and they depend on the grade of the device. Moreover, it means that it’s quite difficult to choose the one universal pocket laser range finder that can be applied to any case.

The accuracy of laser rangefinder

The vital property of long-distance laser rangefinder is its precision which usually depends on the hardware and software. This combination produces a set of pulses that has to be analyzed by the detector as fast as possible. Consequently, the sharper laser pulses and the faster analyzer, the higher precision of the rangefinder it is.

Meanwhile, all of similar gadgets may have errors and beam divergence. In fact, you shouldn’t worry if you want to use short-range laser rangefinder for big targets. But, you should review your decision in case of the opposite.

To be more clear, let’s recall the torch in the dark. When you come closer to the wall the beam is quite small, but it gets bigger once you step back. The same principle applies to the laser that may spread at long distances and show incorrect measurements. It is especially inefficient with both conditions: a long distance and a small target.

Factors that affect the accuracy

Actually, there are quite a lot of factors that may distort the final result. And, unfortunately, they are not limited by the type and size of the target, the weather conditions, etc. That is why there are some basic recommended principles that will help you avoid them in the future.

You may find the instruction stating that a particular device can perform with insane efficiency. For sure, you would buy it. However, it’s better to think about this more carefully since you may get the best result only in case of the ideal conditions.

Where the laser rangefinder can be applied?

The major consumer of digital rangefinder is the military. It is actively used by artillery or snipers in order to find out the precise distance between the target and a soldier. Usually, it is a mini laser rangefinder that is compact and comfortable to use and carry especially when the soldiers move around.

The next consuming industry of survey laser rangefinder is computer-analyzing systems such as 3D scanning and modeling. While this case only adopts the technology of producing the beams and measuring their lengths, its purpose is to create a virtual model of the area rather than measuring the distance. As a result, such a system is more complicated.

However, it doesn’t refer to a survey laser rangefinder that is specially designed for forestry. In fact, these devices are the same except the only feature, they are equipped with the special filter that doesn’t take into account the moving leaves.

Meanwhile, the microlaser rangefinder is actively used in everyday life, too. That is why it’s quite difficult to evaluate how many applications there can be in reality since they can measure not the distances but volume, too.

Which one is better for me?

Of course, you would choose the one that is of the highest quality. However, it doesn’t mean that even the best of the best would help you in a particular situation. Taking into account the five measuring approaches, the devices can be of 3 types: normal, bullseye and brush.

If you still have doubts about which one is better for you, it’s better to ask experienced suppliers of similar devices. For example, Axonim company has appropriate expertise that can handle not only producing a separate module but to make a research of your industry and create an optimized version. In addition, if you are considering to create a bluetooth laser rangefinder or any crazy idea related to this device, you are welcome to contact us online.